LIN - Office of the Chief 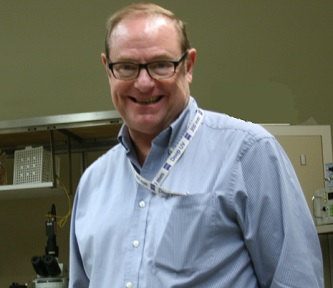 Research in the Laboratory for Integrative Neuroscience (LIN) examines the role of particular molecules in control of actions, acute alcohol intoxication, alcohol seeking behavior, alcohol use disorder and habitual behavior. Another aim of research in LIN is to examine the molecular mechanisms of synaptic modulation and plasticity related to action and habit learning. An important unifying theme of research within LIN is investigation of forebrain mechanisms involved in aspects of cognition and behavioral control that contribute to addiction. We seek to understand the neural basis of addiction-related brain functions such as decision-making, goal-directed behavior, habit formation and habitual behavior. We are also examining mechanisms underlying specific responses to addictive drugs, including acute intoxication and neural adaptations to chronic drug exposure, such as tolerance and dependence. Gaining an understanding of these functions will necessarily involve determining which neural circuits mediate these processes, what physiological and synaptic mechanisms underlie circuit function and plasticity, and what neural and synaptic molecules play key parts in synaptic, neuronal and circuit function. We believe that these goals can best be achieved by bringing together investigators with a shared interest in these subjects and with diverse technological expertise so that we can approach the problem at multiple levels of analysis.

These aims are being pursued via the coordinated effort of investigators in the Section on Synaptic Pharmacology (SSP) and the Section on In Vivo Neural Function (SIVNF), headed by Dr. Lovinger. Members of the SSP have expertise in several areas of molecular and cellular neuroscience. These include molecular techniques for working with cDNA as well as analysis of protein expression, and protein phosphorylation. Members of this section also have considerable expertise in electrophysiological techniques for analysis of single neurons and small neural circuits in brain slices. Expertise in cellular imaging also contributes to the present work and future aims of the SSP.

Research in SSP has focused on two main areas. We have continued our long-standing efforts to understand the cellular and molecular mechanisms underlying plasticity at GABAergic and glutamatergic synapses in the striatum. This work led to an interest in the role of endogenous cannabinoids (endocannabinoids) in synaptic modulation and plasticity in this brain region. Our interest in striatal synaptic plasticity has always been driven by a desire to better understand information storage in this brain region that plays crucial roles in action-outcome, habit and skill learning. Newly developed striatal-specific gene-targeted mouse models are now making it possible for us to determine if striatal synaptic plasticity plays important roles in learning and memory. Our long-term goal in this project is to understand how the molecules and cells of the striatum contribute to the types of learning and memory involving that brain region, and to develop pharmacological and genetic manipulations that can alter striatal-based information storage.

The second long-term area of emphasis in SSP is acute alcohol actions that contribute to intoxication. We continue to explore mechanisms of ethanol (EtOH) action on ligand-gated ion channels using a combination of molecular biological, electrophysiological and kinetic approaches. We have also initiated studies aimed at characterizing presynaptic actions of EtOH that contribute to potentiation of GABAergic transmission. Our studies have established the presynaptic terminal as the likely site of this EtOH action. Recent studies spurred by ongoing work in the Section on Behavioral Science and Genetics have focused on comparison of electrophysiological and behavioral effects of EtOH in gene-targeted mice lacking molecules that are targets for acute alcohol actions. These studies are designed to examine the effects of acute ethanol as well as neuroadaptations brought about the chronic alcohol exposure. Our role in this part of the research effort is to examine EtOH sensitivity of receptors and alcohol effects on synaptic transmission using in vitro preparations.

The SIVNF focuses on neural mechanisms of skill learning, goal-directed behavior, habit formation and addiction. One of the major areas of emphasis within this section is on the role of cortical-basal ganglia circuitry in these neural functions. Assessment of the role of particular molecules within these brain regions is also an area of emphasis. To this end, members of the laboratory have developed advanced methodology for in vivo electrophysiological recording in awake mice during different phases of task learning, and we have also developed in vivo optical techniques to measure intracellular signaling in freely-moving animals during behavioral performance. These techniques are applied to analysis of transgenic and gene-targeted mice. Members of this section are designing and using sophisticated behavioral paradigms to assess goal-directed and habit learning in mice. In addition, this section takes advantage of molecular biological techniques to create unique and powerful molecular tools and gene-targeted mice that can be used by his own section, and by other NIAAA investigators.

We envision that the shared interests of investigators from LIN and other NAAA laboratories and the interactive nature of these laboratories, will allow different investigators to combine their expertise in the analysis of neural function at multiple levels. For example, changes in addiction-related behavior in a particular mouse model can be examined in conjunction with analysis of neuronal morphology, signaling in subcellular compartments, and neural circuit function at the micro and macro levels. Examination of molecular expression, location and function can also be applied in the same animals. Ultimately, this should allow us to gain a thorough understanding of the way in which particular neuronal molecules contribute to cellular and circuit functions that ultimately influence behavior. We also envision that interactions and collaborations with other NIAAA and NIH laboratories will enhance our ability to analyze these neural functions from the molecule to the whole mouse.

One theme that brings together the different lines of research within LIN is an interest in mechanisms of addiction and habitual behavior. We predict that gaining a better understanding of synaptic plasticity in cortical-basal ganglia networks will help us to better appreciate how information relevant to habit formation becomes encoded. Our overarching hypothesis is that effects of addictive substances on synaptic structure and transmission will interface with natural plasticity mechanisms to focus habits on drugs of abuse as well as associated stimuli and responses. Thus, understanding the neural basis of habit formation and the molecular actions of intoxicating/addictive substances will allow us to gain a more thorough understanding of addiction. Ultimately, it is hoped that these lines of research can contribute to development of better therapies for neurological disorders and alcoholism.