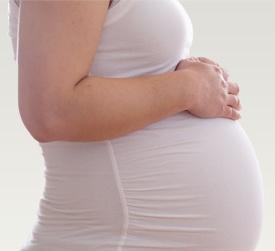 Alcohol is now recognized as the leading preventable cause of birth defects and developmental disorders in the United States. Each year thousands of children are born with life-long disabilities because they were exposed to alcohol prenatally. On September 9th, the National Institute on Alcohol Abuse and Alcoholism recognizes International Fetal Alcohol Spectrum Disorders (FASD) Awareness Day as a reminder that there is no “safe” level of drinking while pregnant.

First recognized in 1999, International FASD Awareness Day helps raise awareness about the range of conditions that can result from alcohol use during pregnancy. Based on data from the Centers for Disease Control and Prevention, an estimated 1 in 8 women drinks during her pregnancy, putting her child at risk for a variety of issues including low IQ, learning disabilities, speech and language delays, behavioral problems, vision and hearing problems, and problems with vital organs, among others.

Alcohol can damage the developing fetal brain and is thought to be particularly harmful to the embryo and fetus during the first three months of pregnancy, a time when a woman may not even be aware she is pregnant. Because of this, it is recommended that women who are sexually active and not using birth control abstain from drinking, as well as women who are trying to become pregnant.

Fetal Alcohol Spectrum Disorders are entirely preventable. As the ninth day of the ninth month of the year approaches, NIAAA reminds every woman to protect her unborn child’s well-being and not drink during the entire nine months of pregnancy.