NIAAA-supported researchers at the Duke University and Durham Veterans Affairs Medical Centers continue to refine our understanding of how repeated exposure to alcohol during adolescence causes long-lasting structural and functional abnormalities in the brain.  Earlier this year, Duke scientists led by Dr. Mary-Louise Risher looked at how alcohol affects the hippocampus, a region of the brain associated with memory and learning, by exposing adolescent rats to alcohol in a way that modeled the intermittent, high-dose alcohol use typically seen among adolescent humans.  They found that neurons in the adolescent hippocampus are vulnerable to alcohol-induced damage, with pathological changes that impair memory-related brain function into adulthood.
In a new study, also conducted with rats, Dr. Risher and her colleagues report that repeated binge-like alcohol exposure during adolescence results in long-term changes to cells called astrocytes in the hippocampus; astrocytes play important roles in helping neurons establish connections with each other during brain development and repair.  They found that astrocytes that had been intermittently exposed to high levels of alcohol during adolescence, became highly active in adulthood, and continued the signaling and synapse-forming functions that they typically perform during brain development.  The researchers conclude that this aberrant hyperactivity by hippocampal astrocytes in adulthood may contribute to the enduring structural and functional abnormalities that are seen in the hippocampus following high-dose alcohol exposure during adolescence. 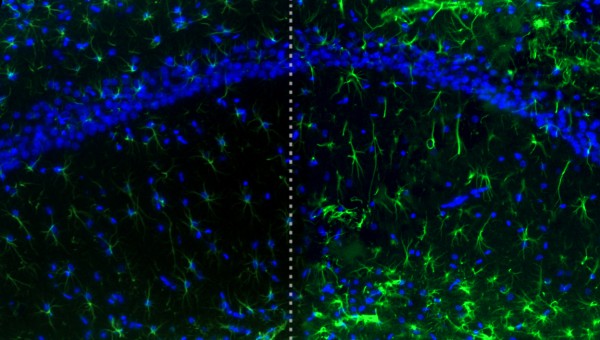