Drinking and Pregnancy: A Review of Attitudes through History

It is now well accepted in pediatrics and obstetrics that prenatal alcohol is a teratogenic agent and the primary causative factor underlying fetal alcohol spectrum disorders (FASDs), although for the majority of the 20th century that knowledge was either unknown or ignored.

At least 2 factors contributed to the delay in recognizing alcohol's role in teratogenicity: the rejection of earlier evidence pertaining to alcohol and pregnancy following the repeal of Prohibition in the United States, Canada, and several European countries; and misinterpretation of earlier research findings in a eugenic rather than toxicological context. 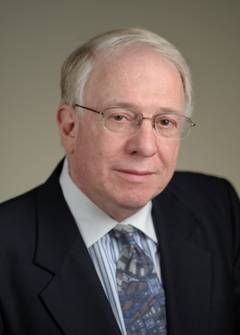 The pervasive belief held well into the 1970s that there was no risk to either mother or fetus from prenatal alcohol posed a major challenge to changing physician and public attitudes on alcohol and pregnancy.

In a review article published in Alcohol: Clinical and Experimental Research, Kenneth R. Warren, Ph.D., provides insight on key events that occurred in changing physician and public understanding of the risks posed by prenatal alcohol use in pregnancy.

Dr. Warren (right), is an internationally acclaimed  expert on FASD and a former deputy director of the NIAAA.

Visit Pubmed for links to the full text article, "A Review of the History of Attitudes Toward Drinking in Pregnancy."