The Research Society on Alcoholism (RSA) has selected David Goldman, M.D., of the National Institute on Alcohol Abuse and Alcoholism (NIAAA) to receive the Distinguished Researcher Award. This award recognizes a senior researcher who, through sustained, long-term commitment to conducting alcohol research, has made outstanding scientific contributions to the field.

Dr. Goldman is chief of the Laboratory of Neurogenetics, part of the Division of Intramural Clinical and Biological Research. He is also NIAAA’s Acting Clinical Director.

Dr. Goldman’s laboratory identifies genes that influence vulnerability to alcoholism, other addictions, and other psychiatric diseases. Throughout his career, Dr. Goldman has focused on the identification of genetic factors responsible for inherited differences in behavior, and he has authored over 300 papers. These include several of the first “imaging genetics” studies.

Dr. Goldman is a Fellow of the American College of Neuropsychopharmacology. His awards include the NIH Director’s Award (twice), and the James Isaacson Research Award of the International Society for Biological Research on Alcoholism. 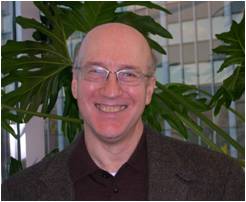