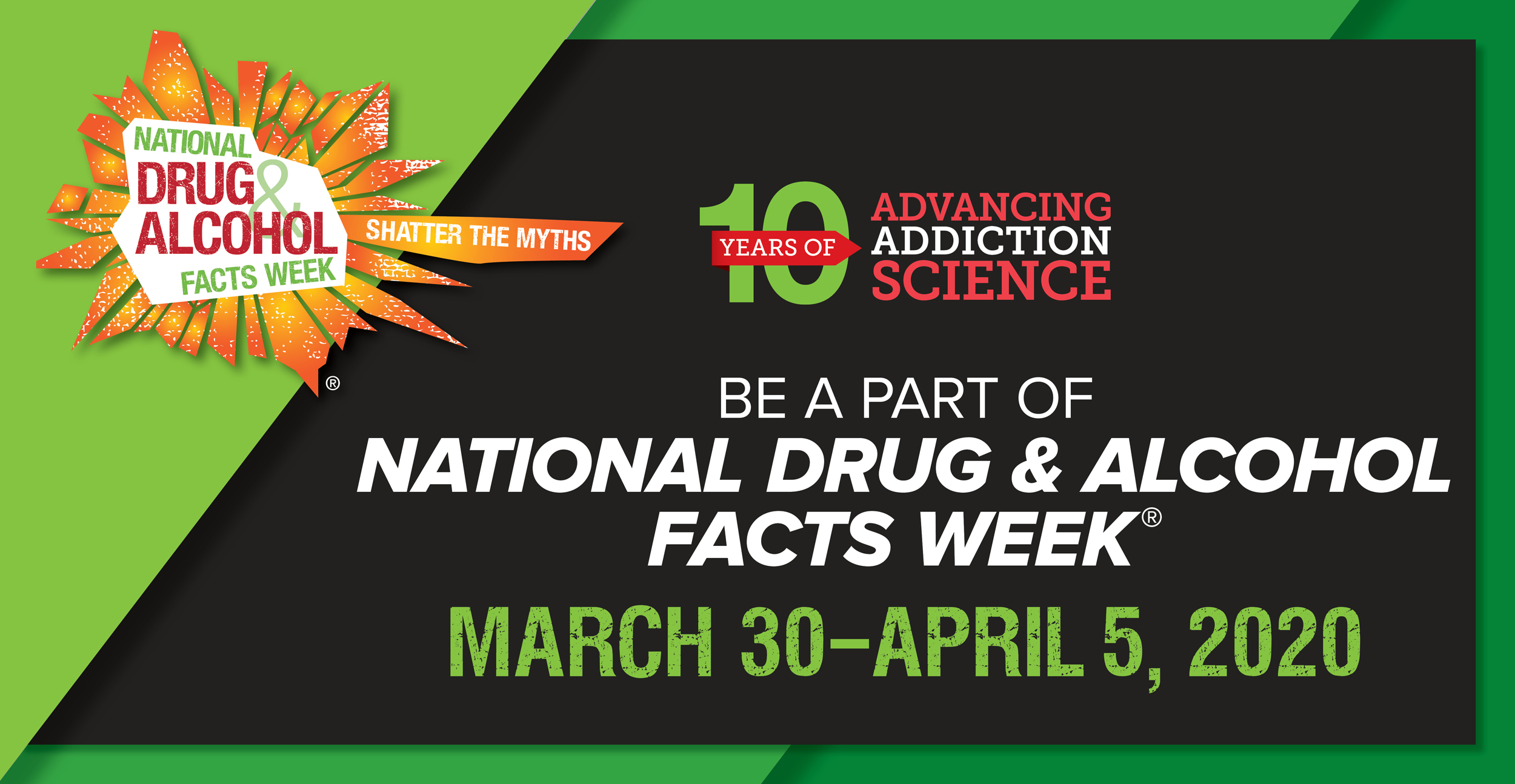 NDAFW is an annual, week-long observance in which local educational events link teens with science-based facts about drugs and alcohol through live and online activities across the country. Since its inception in 2010, NDAFW has continued to grow, with planners organizing nearly 2,000 events in all 50 states and in 20 countries last year. Due to COVID-19, many NDAFW local events may be cancelled, rescheduled, or adjusted to a virtual/remote activity.

“Teens can make good choices if they understand how substance use affects their developing brains,” said NIDA Director Nora D. Volkow, M.D. “For ten years, NIDA has been working with communities nationwide and around the world to provide young people with the critical information they need to improve their health and avoid the potentially devastating effects of drug addiction.”

“The challenges that alcohol and drugs pose to young people are an ever-present reality. The value and importance of working with our NIDA colleagues to provide accurate information about how alcohol and drugs affect the brains and bodies of young people is critical,” said NIAAA Director George F. Koob, Ph.D.

In lieu of in-person events and activities, NIDA encourages virtual participation. There are countless activities that teens, parents, caregivers, and teachers can do that don’t involve leaving the house. Examples include:

NIDA will host a Tweetstorm to raise awareness for NDAFW on Monday, March 30, from 3 to 4 p.m. EDT. Students and organizations can participate by tweeting about drug and alcohol education and using the hashtag #NDAFW during that hour. On Friday, April 3, at 3 p.m. EDT, NIDA will host a Twitter Trivia Challenge in collaboration with Students Against Destructive Decisions (SADD). Anyone can test their knowledge by following the hashtag #NDAFW and answering multiple-choice questions about drugs and alcohol.