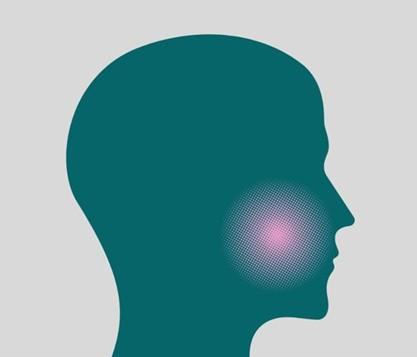 The alcohol flush reaction is a type of alcohol intolerance—not an “alcohol allergy”—and is a condition predominantly due to inherited variations in genes of certain enzymes, causing people to metabolize alcohol less efficiently.

People who take certain medications that alter alcohol metabolism can also experience the alcohol flush reaction. Such medications include those used to treat diabetes, high cholesterol, and infections. In addition, disulfiram, a medication used to treat alcohol use disorder, alters alcohol metabolism so that acetaldehyde builds up when a person drinks alcohol. This causes unpleasant symptoms such as flushing and nausea. The desire to avoid those unpleasant effects can encourage some people to refrain from drinking.

What health problems are associated with the alcohol flush reaction?

People who experience the alcohol flush reaction and who drink alcohol are at higher risk for cancer, including esophageal and breast cancer. The reason for this increased risk is that acetaldehyde is itself carcinogenic.

Can the alcohol flush reaction be prevented?

For individuals carrying gene variations that impair alcohol metabolism, the best way to prevent alcohol flush reaction is to avoid drinking or to limit alcohol intake. Some information found on the Internet suggests taking antihistamines and certain over-the-counter medications to reduce or hinder alcohol flushing, but these medications do not block the damaging effects of acetaldehyde. In fact, hindering alcohol flushing elevates the risk of cancer by enabling higher levels of alcohol consumption and thus higher acetaldehyde production.

Alcohol and Medication Interactions in General

Many over-the-counter and prescription medications can have adverse health consequences when
mixed with alcohol. These medications include many popular painkillers such as acetaminophen (Tylenol); sedative drugs such as diazepam (Valium); and cough, cold, and allergy remedies. People taking medications should read the label and package inserts for possible interactions with alcohol or other drugs, especially if they have multiple drinks on an occasion. People who consume alcohol should ask their doctor or pharmacist about interactions with alcohol and the medications they are taking.