Alcohol and the Hispanic Community 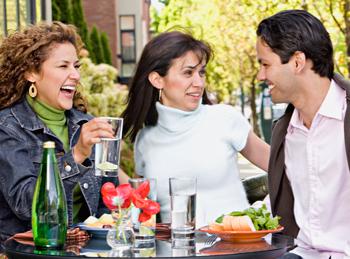 Hispanics are the largest and most rapidly growing ethnic group in the United States, making up about 17 percent of the population, or more than 50 million people. Research shows that drinking patterns among Hispanics are different from those of non-Hispanic Whites and other ethnic or racial groups. Understanding these differences can help prevention, intervention, and treatment programs better serve the Hispanic community.

How Much Do Hispanics Drink?

What Is “Binge Drinking?”

The National Institute on Alcohol Abuse and Alcoholism defines binge drinking as a pattern of drinking alcohol that brings blood alcohol concentration (BAC) to 0.08 percent—or 0.08 grams of alcohol per deciliter—or higher. For a typical adult, this pattern of alcohol misuse corresponds to consuming 4 or more drinks (female), or 5 or more drinks (male) in about 2 hours.

What Factors Predict Drinking Behavior in the Hispanic Community?

Acculturation is the process of adapting to the beliefs, values, and behaviors of a new culture. A critical factor in predicting drinking patterns in the Hispanic community is level of acculturation.

Living and working in the United States, raising families here, speaking English, and above all, getting an American education all contribute to adapting to American culture. But as acculturation levels increase, so can alcohol consumption. The evidence is clear that as women become acculturated to American life, they tend to drink more alcohol. There is mixed evidence of the same effect for men.

In traditional Hispanic culture, women typically do not drink alcohol outside of small family gatherings or other private settings. For Hispanics in the United States, though, this cultural norm is changing. Recent evidence shows some young Hispanic women are drinking as much or even more than young Hispanic men.

Research shows that young, U.S.-born Hispanic men who are not Protestant tend to have relaxed attitudes toward drinking. Those who feel this way also are more likely to drink, to drink heavily, and to possibly have alcohol-related problems. Within the Hispanic community, Puerto Ricans and Mexican Americans tend to have more relaxed attitudes about drinking than Cuban Americans.

How Much Is too Much?

In the United States, a “standard drink” (also known as an alcoholic drink-equivalent) is defined as any beverage containing 0.6 fluid ounces or 14 grams of pure alcohol, which is found in

Although the U.S. standard drink (alcoholic drink-equivalent) amounts are helpful for following health guidelines, they may not reflect customary serving sizes. In addition, while the alcohol concentrations listed above are “typical,” there is considerable variability in alcohol content within each type of beverage.

According to the Dietary Guidelines for Americans, 2020–2025, adults of legal drinking age can choose not to drink or to drink in moderation by limiting intake to 2 drinks or less in a day for men and 1 drink or less in a day for women, when alcohol is consumed. Drinking less is better for health than drinking more. Some individuals should avoid alcohol completely. 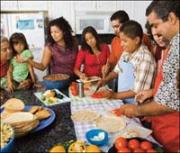 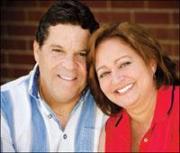 Among Hispanics who drink, Mexican American men and women and South/Central American men are most likely to receive a citation for driving under the influence of alcohol. Research shows that between 1992 and 2002, there was a decrease in the number of Hispanic men (ages 18–29) who received a DUI, but an increase in the number of Hispanic women (ages 18–29) who received this citation.

In general, Hispanic men develop liver disease at high rates. In fact, White Hispanic men have the highest rates of alcohol-related cirrhosis, a serious liver disease, of all ethnic or racial groups. But Black Hispanic men (e.g., from the Caribbean, the Dominican Republic, or Cuba) have the lowest cirrhosis rates when compared with non-Hispanic Whites.

About 9.9 percent of Hispanics in the United States needed treatment for alcohol problems in the past year (data collected between 2004 and 2011). Of those in need, about 9.3 percent received treatment in a special facility.1

Limited research shows that treatment can help Hispanics who speak English and who are highly acculturated to American life. Nevertheless, Hispanics with severe alcohol problems are less likely than non-Hispanic Whites to seek the treatment they need. Hispanics also are less likely to join Alcoholics Anonymous (AA), even though AA groups are available for free and in Spanish.