New insight on how the brain forms habits

New data offers a glimpse into the neurobiological mechanisms underlying the formation of habitual actions, such as addiction to alcohol.

In a study conducted in mice and rats, scientists in NIAAA’s Laboratory for Integrative Neuroscience examined the cellular basis for learning and memory in the dorsolateral striatum, a part of the brain involved in habit learning. A particular receptor in the dorsolateral striatum, the cannabinoid type 1 receptor (CB1), is critical for habit learning. 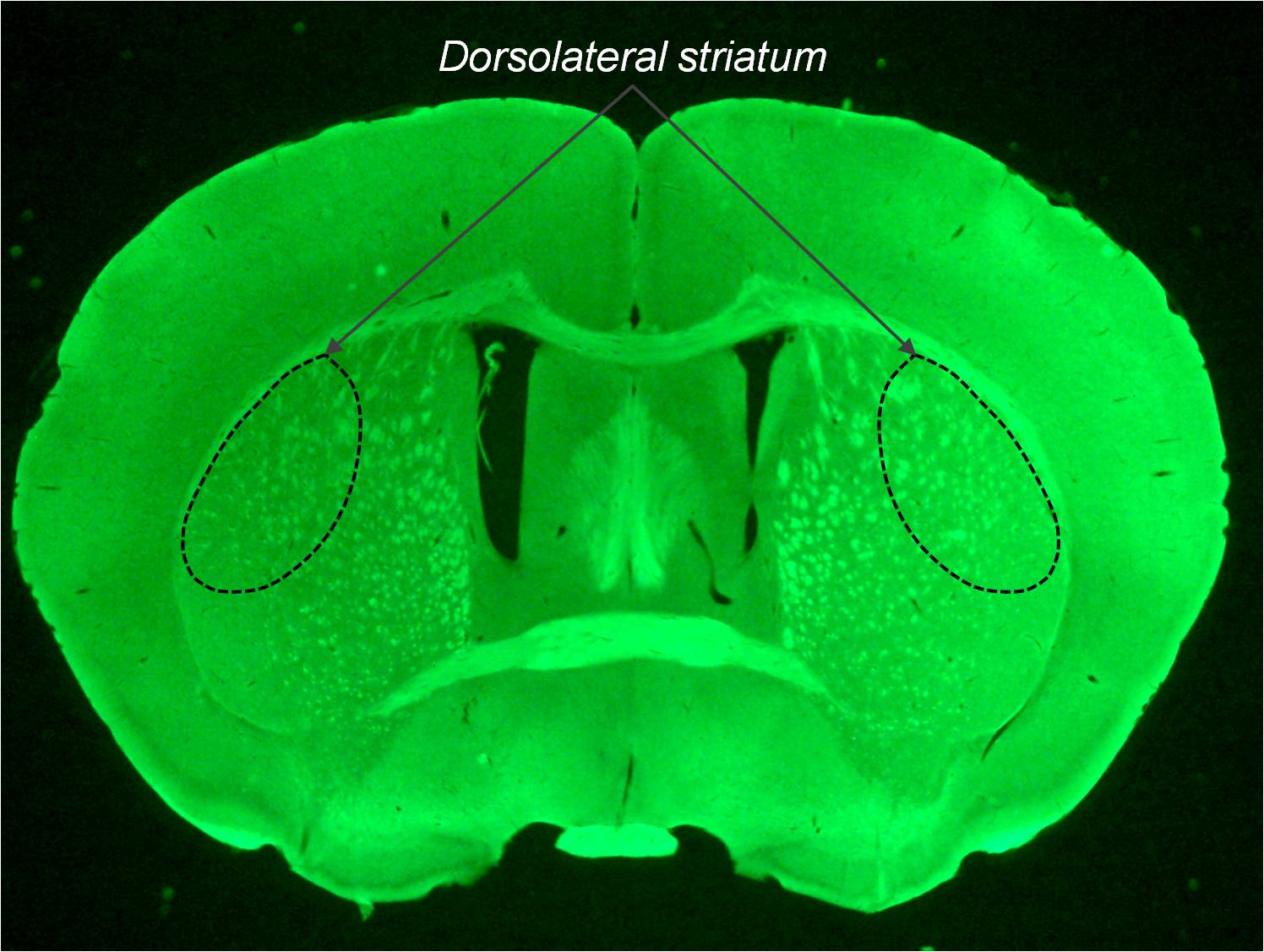 “We know that CB1 in this brain region is involved in habit learning, but we have very little idea about how CB1 acts to sculpt this neural circuitry to ultimately result in the expression of habits,” said first author Brian Mathur, Ph.D.He explained that direct and indirect pathways originating in the striatum are composed of medium-sized spiny neurons (MSNs) have opposing effects on movement.The relative activation of the direct pathway over the indirect pathway, known as a“go signal,” is believed to encode for reinforcement of an action. A Change in a neural pathway associated with learning a behavior is called neuroplasticity.

The researchers examined the role of CB1 in a form of neuroplasticity known as long-term depression of synaptic transmission (LTD). LTD refers to the long-lasting decrease in the strength of signal transmission at a synapse, where signals pass from one neuron to another. A synapse that has undergone LTD is less able to influence the activity of the postsynaptic neuron.“We hypothesized that because CB1 is necessary for this long lasting form of the cellular substrate for learning and memory known as LTD, that this neuroplasticity allows for ‘go signal’ generation,” continued Mathur.

Using a novel combination of brain slice electrophysiology and optogenetics, a technique allowing for the activation of specific neural circuits with light, the investigators were able to determine the specific contribution of different inputs onto direct and indirect pathway MSNs to LTD. They found that MSNs express two forms of CB1-dependent LTD depending upon whether the MSN membrane voltage is in an excited “up state” or a more refractory “down state” These two different forms of LTD are each mediated by a separate signaling molecule capable of activating CB1: 2-AG and anandamide. The down state, anandamide-mediated form of LTD occurred only at inhibitory synapses onto direct pathway MSNs, offering a mechanism for go signal generation.

“This is a big step forward in understanding the possible molecular and circuit dynamics underlying habit formation,” said Mathur. The research team hopes their research will help uncover novel therapeutic strategies for the treatment of alcohol use disorders. A report of the study was published online in Nature Neuroscience on July 28, 2013.