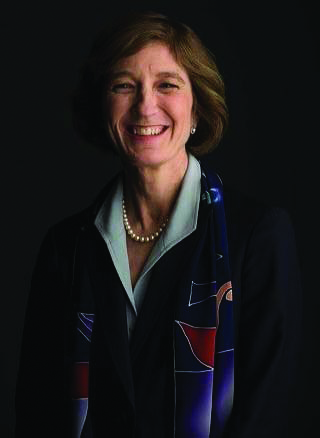 The Hughes Award recognizes the contributions of an individual whose work translates research into practice, and builds bridges across the alcohol prevention, treatment and policy-making communities. The award is named for Harold Hughes, a former Governor of Iowa and U.S. Senator, and a major force behind the Comprehensive Alcohol Abuse and Alcoholism Prevention, Treatment and Rehabilitation Act of 1970, which created NIAAA. Until his death in 1996, Senator Hughes remained active in the alcohol field, founding recovery centers and raising awareness about alcohol’s impact on health.

“Penny Mills’ dedication to helping people with substance use disorders have access to quality treatment is evident through her tireless efforts and leadership at ASAM. Under her leadership, the organization has expanded training for physicians to treat addiction, has established guidelines for addiction treatment providers, and has launched major advocacy efforts to raise awareness of alcohol and drug use disorders,” said Dr. Koob. “On behalf of NIAAA, I am pleased to present her with the 2017 Hughes Award.”

Mills joined ASAM in 2010 and under her leadership, the reach of the organization’s educational activities and programs for treatment providers has quadrupled. These educational opportunities have helped to improve training for professionals who treat people with addiction – from primary care providers who receive limited training about addiction in medical school and residency, to addiction specialists who need to keep abreast of developments in their field and maintain their specialty certification.

During Mills’ tenure, the organization also has developed guidelines, practice standards, and performance measures for physicians in many areas that are important for treating people with substance use disorders. In collaboration with NIAAA, ASAM has developed, validated, and tested performance measures on the use of pharmacotherapies to treat alcohol use disorder and on the extent to which patients initiate treatment after receiving withdrawal management services. In addition, the topic that ASAM has selected for its next practice guideline is alcohol withdrawal management.

In her current role, Mills initiated patient education efforts that have forged relationships with state and Federal policymakers and agencies, including NIAAA, with the goal of improving the care of people with substance use disorders. These efforts included the use of social media to educate patients and the public about evidence-based treatment options, and also to raise awareness about alcohol use disorder.

Mills has spent her entire career in health care. She has served in leadership positions with a range of health care organizations including the American College of Cardiology, where she held senior positions for 15 years. Prior to ASAM, Mills served as Vice President at Avalere Health, an advisory firm focusing on the intersection of health policy and business strategy. Mills received a B.A. in Psychobiology from Oberlin College and an M.B.A. and Sloan Certificate in Health Sciences Administration from Cornell University.