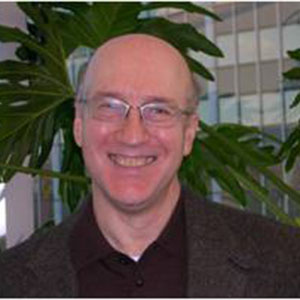 Laboratory of Neurogenetics
Office of the Clinical Director

Dr. David Goldman has been Clinical Director of NIAAA since 2014 and was Acting Director from 2012-2014. He has been Chief of the Laboratory of Neurogenetics since 1991. Dr. Goldman graduated cum laude from Yale University and magna cum laude from the University of Texas Medical Branch, Galveston where he was also a Resident in Psychiatry. He joined NIAAA in 1979, was a NIMH Clinical Associate 1980-1984, and rejoined NIAAA in 1985. He is a Fellow of the American College of Neuropsychopharmacology. Throughout his career, Dr. Goldman has focused on identifying genes that influence vulnerability to alcoholism, other addictions and other psychiatric diseases. He has authored over 500 papers, including several of the first “imaging genetics” studies in which genes were shown to alter brain function, and ten papers individually cited more than 1000 times. He and his group have discovered inherited gene variations that influence addiction and traced effects of these variations from the molecular level through to complex behaviors, both in human research studies and in model organisms. Among his awards, Dr. Goldman won the Distinguished Researcher Award of the Research Society on Alcoholism and the Outstanding Researcher James Isaacson Research Award of the International Society for Biological Research on Alcoholism. He wrote “Our Genes, Our Choices,” which won The British Medical Association top prize.