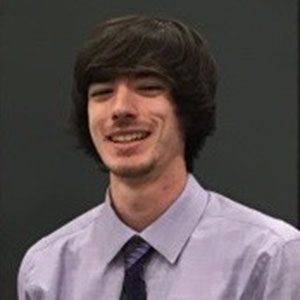 James Morris received his B.S. in Criminology and Psychology from Florida State University in May of 2018 and joined the Section that summer. He works on the Resist version of the Computer-Assisted Self-Administration of Ethanol (CASE) protocol, for which he screens participants, administers psychological evaluations, and runs experimental sessions. James’s research interests include substance use tendencies of people involved in the criminal justice system and the mechanisms by which the justice system evaluates and treats persons with psychological disorders. After his time at NIH, James plans on attending graduate school for Clinical Psychology.