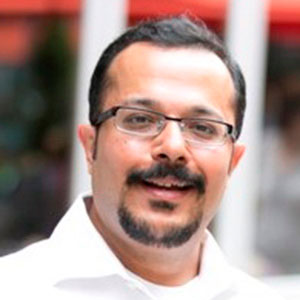 Vijay Ramchandani obtained his undergraduate degree in Pharmaceutical Sciences from Bombay University in India in year 1990 and Ph.D. in Pharmaceutical Sciences from Virginia Commonwealth University, Richmond, VA in 1996. From 1996 to 2002, he worked at the Alcohol Research Center at Indiana University School of Medicine, Indianapolis, IN, first as a Research Associate and then as an Assistant Scientist and Part-time Assistant Professor. In 2003, Dr. Ramchandani joined NIAAA as a Staff Scientist in the Laboratory of Clinical and Translational Studies (LCTS), and in 2007, he became Chief of the Unit on Human Physiology and Pharmacokinetics. In March 2010, Dr. Ramchandani was appointed as a Tenure-track Clinical Investigator and Acting Chief of the Section on Human Psychopharmacology. Dr. Ramchandani received tenure and was promoted to Senior Investigator in 2019. Dr. Ramchandani also serves as a Faculty Member of the NIH Center on Compulsive Behaviors , as an Affiliate Faculty Member in the Department of Pharmaceutics, School of Pharmacy, Virginia Commonwealth University, Richmond, VA.