The NIAAA community mourns the passing of Linda P. Spear, Ph.D., SUNY Distinguished Professor Emerita of Psychology at Binghamton University, our friend and colleague who died on October 13, 2020 after an extended illness. 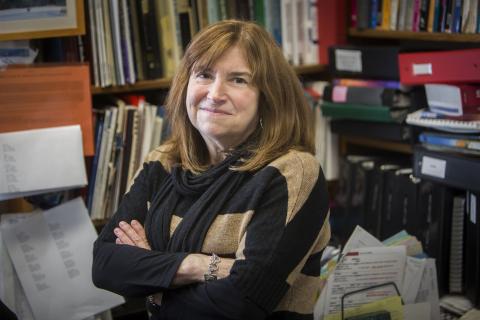 Over a long and distinguished career, Dr. Spear amassed an extraordinary record of scientific accomplishment and leadership in alcohol research. Her studies of the behavioral effects of alcohol in adolescents and the effects of alcohol exposure on the developing brain have been foundational to advances in that area, and have continued to the present day with her work as one of the founding members and leaders of the ongoing Neurobiology of Adolescent Drinking in Adulthood (NADIA) Consortium.

Dr. Spear served as a member of the NIAAA Advisory Council from 2008 to 2012, and as a member of the NIAAA Extramural Advisory Board from 2004 to 2012. She also provided important guidance to numerous Institute initiatives, including the Underage Drinking Research Initiative which provided much of the scientific foundation for the Surgeon General’s Call to Action to Prevent and Reduce Underage Drinking.

Dr. Spear will be remembered not only as a prolific and exceptional scientist, but also as a role model for young scientists. She was an excellent mentor to the many researchers trained in her laboratory and an inspiration to many other young investigators with whom she collaborated. She also served as the founding director of the NIAAA-supported alcohol training program at Binghamton University.

“Linda Spear was an outstanding researcher, a pioneer in her field, a wonderful human being and for me a dear friend,” says NIAAA Director Dr. George Koob. “For decades she has been a leading light in the addiction field, particularly in areas related to the effects of alcohol and other substances on young people. Her loss is profound for many of us, both personally and professionally. On behalf of NIAAA, I extend the most heartfelt condolences to Dr. Spear’s family and to the Binghamton University community.”