The National Institute on Alcohol Abuse and Alcoholism recently launched a new NIAAA video series called “Short Takes with NIAAA.” This series consists of brief 60-second videos that explain, in an easy-to-understand way, the meanings of commonly used – but often misunderstood – alcohol terms. The number of topics covered in the series will continue to grow and the first installment includes videos on alcohol use disorder, blackouts, overdose in both Spanish and English, and binge drinking. 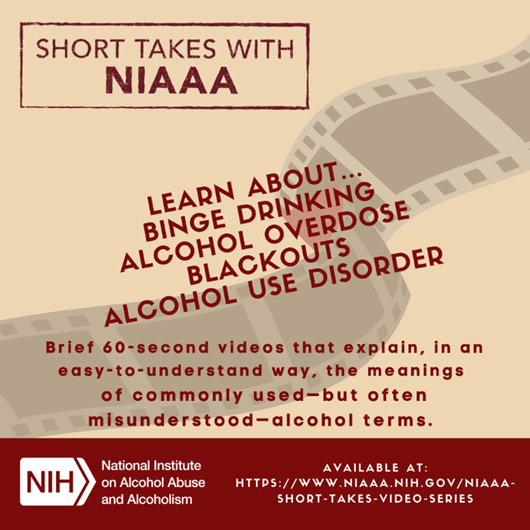 The videos in the series will be helpful to both the general public and health care providers in educating people about the consequences of alcohol misuse.