Ernest Noble, M.D., Ph.D., who served as the second Director of the National Institute on Alcohol Abuse and Alcoholism (NIAAA) from 1976 to 1978, passed away on October 17, 2017. Dr. Noble was a driving force in expanding NIAAA’s research mission during the Institute’s early years and played a vital role in recognizing the alcohol-related birth defects known today as fetal alcohol spectrum disorders (FASD). 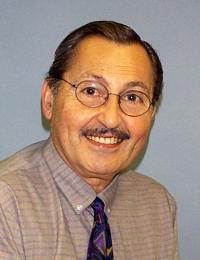 When Dr. Noble took the helm at NIAAA, major areas of focus at the Institute were alcohol treatment-oriented approaches, clinical training, and prevention.  The Institute awarded grant programs for the support of alcohol treatment programs as well as block grants to the states for which NIAAA provided oversight and guidance.
Under his visionary leadership, Dr. Noble increased the number of scientists within the Institute’s research programs and initiated the Alcohol Research Centers program, which continues to this day.  Initially supporting only five Centers, the number of Centers has increased to 20.  These efforts paved the way for the broad research portfolio that NIAAA currently supports.
Dr. Noble will also be remembered for his work that led to the recognition of alcohol as being responsible for fetal alcohol spectrum disorders (FASD), including the most severe form -- fetal alcohol syndrome (FAS). In response to emerging scientific evidence, he held the first international conference on FAS in early 1977. Based on the findings from this conference, Dr. Noble issued the world’s first health advisory on alcohol and pregnancy, warning of the potential harm to a developing baby that could result from drinking while pregnant.
The FAS health advisory, issued on June 1, 1977, received broad media coverage from all major print, TV and radio networks. This led to two Senate hearings on FAS, culminating in a request from Congress for a joint report on FAS and other alcohol-related health consequences to be issued jointly by NIAAA and the Bureau of Alcohol, Tobacco and Firearms.  Following the guidance in the joint report, Congress requested that NIAAA update the 1977 advisory on FAS and issue it with the backing of the Surgeon General. This report marked the first time that it was recommended that both pregnant women and those seeking to become pregnant avoid all alcohol.
The leadership and staff of NIAAA are very appreciative of Dr. Noble’s many contributions to alcohol research – both at NIAAA and in the various universities in which he has served. They wish to extend their sympathies to his family and colleagues.