In recognition of his contribution to the development of scientific collaborations between France and the United States, George F. Koob, Ph.D., director of the National Institute on Alcohol Abuse and Alcoholism (NIAAA), part of the National Institutes of Health, has received the insignia of Chevalier de la Légion d’honneur (Knight of the Legion of Honor) from the government of France. The award ceremony took place on Thursday, June 30, 2016, at the Washington, D.C., residence of French Ambassador Gerard Araud, who presented the award to Dr. Koob on behalf of French President Francois Hollande.  [Watch a related video: World-class scientist Dr Koob receives the Legion of Honor.] 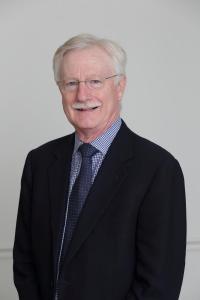 “I am extremely grateful for, and humbled by, this recognition,” said Dr. Koob, who has served as NIAAA director since January of 2014. “My collaborations and interactions with scientists in France have been deeply gratifying, both personally and professionally, and I look forward to ongoing scientific camaraderie between our countries in the years ahead.”

The Legion of Honor, France’s premier award, was founded by Napoleon Bonaparte in 1802 to recognize eminent accomplishments of service to France. Among many previous American recipients of the award are hundreds of veterans of World War II, former Surgeon General C. Everett Koop, M.D., former NIH Director Elias Zerhouni, M.D., and many leaders in academia, politics, and the arts.

Dr. Koob is recognized as one of the founders of the field of addiction research and is internationally renowned for his expertise on alcohol and stress, and the neurobiology of alcohol and drug addiction. The author of hundreds of articles published in international journals, Dr. Koob has had a long collaborative relationship with Professor Michel Le Moal, M.D., Professor Emeritus of Neuroscience at the University of Bordeaux, France, and a Fellow of the French National Academy of Sciences.  With Dr. Le Moal, Dr. Koob co-authored ''Neurobiology of Addiction'' in 2006 and ''Drugs, Addiction and the Brain'' in 2014, both of which are regarded as major reference books in the field of addiction research.

Through his association with Dr. Le Moal and other eminent French scientists, Dr. Koob has been able to share his expertise and knowledge of the mechanisms underlying addiction and other psychiatric diseases and behavioral disorders with many French investigators. Throughout his career, Dr. Koob has created strong links between French and American researchers, and he has hosted and trained a large number of young scientists from France, including 13 post-doctoral fellows.