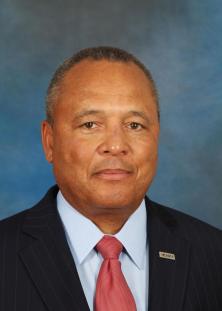 “General Dean’s drive and determination has allowed CADCA to transform lives and communities for nearly 20 years. He is uniquely dedicated to helping communities address substance abuse problems, including underage drinking, by bringing science-based information to coalitions across the country,” said Dr. Koob. “On behalf of NIAAA, I am very pleased to present him with the Hughes Award.”

The Hughes Award recognizes the contributions of an individual whose work translates research into practice, and builds bridges across the alcohol prevention, treatment and policy-making communities. The award is named for Harold Hughes, a former Governor of Iowa and U.S. Senator, and a major force behind the Comprehensive Alcohol Abuse and Alcoholism Prevention, Treatment and Rehabilitation Act of 1970, which created NIAAA. Until his death in 1996, Senator Hughes remained active in the alcohol field, founding recovery centers and raising awareness about alcohol’s impact on health.

Since 1998, General Dean has shaped CADCA’s vision of community empowerment and service, expanded its services, increased its funding and served as its primary spokesman. He is an inspirational advocate for CADCA’s mission to empower community coalition members to support healthy, drug-free communities.

General Dean’s leadership has allowed CADCA to inspire and train thousands of adults and youth annually to raise awareness, change behavior, and increase services that improve health and reduce alcohol and drug use. CADCA’s work with coalitions serves to empower a diverse range of local leaders to address significant public health challenges and lower youth drug and alcohol rates.

Under General Dean’s guidance, CADCA’s congressional advocacy work has helped secure millions of dollars of funding for prevention coalitions, and in particular, for the highly successful Drug-Free Communities (DFC) federal grant program. DFC supports community-based coalitions dedicated to preventing youth substance abuse. In addition, he worked with partners to support the STOP Act (Sober Truth on Preventing Underage Drinking) which provides enhancement grants to coalitions to amplify underage drinking prevention efforts. General Dean’s efforts have helped establish many other programs designed to improve lives in communities around the country through partnerships with many Federal agencies, including NIAAA.

General Dean is a particularly strong advocate of using scientific research to educate CADCA members and to guide local implementation of evidence-based prevention, intervention, treatment, and recovery strategies. CADCA partners with NIAAA on workshops and programs grounded in alcohol research throughout the year and all over the country.

Before joining CADCA, General Dean spent 31 years in the U.S. Army. He retired in 1998, at the grade of Major General, having seen combat in both the Republic of Vietnam and Saudi Arabia. During his career, he served as a U.S. Army and Republic of Vietnam Senior Parachutist and an Army Ranger. He received numerous honors, including the U.S. Army Distinguished Service Medal twice.

General Dean has served on many organizational boards, including the NIAAA Advisory Council. He currently serves as a member of the Executive Committee of the National Action Alliance for Suicide Prevention and on the National Advisory Council on Drug Abuse, NIH. He is also the chairman of the Board of Directors for CADCA.

General Dean received his undergraduate degree in history from Morgan State University, Baltimore, in 1967 and his master’s degree in management and supervision from Central Michigan University, Mt. Pleasant, in 1977. He is also a graduate of the Stanford University’s Advanced Management Program, Stanford, California, and the U.S. Army’s War College, Carlisle, Pennsylvania.