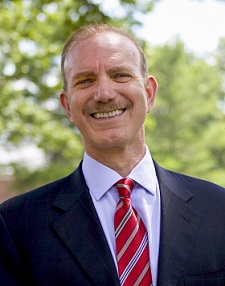 The Hughes Award recognizes the contributions of a non-researcher whose work translates research into practice and builds bridges across the alcohol prevention, treatment, and policy-making communities.  The award is named for Harold Hughes, a former Governor of Iowa and U.S. Senator, and a major force behind the Comprehensive Alcohol Abuse and Alcoholism Prevention, Treatment, and Rehabilitation Act of 1970, which created NIAAA.  Until his death in 1996, Senator Hughes remained active in the alcohol field, founding recovery centers and raising awareness about alcohol’s impact on health.

“Underage and high risk drinking among college students are very serious public health issues facing young people today.  Dr. Gibralter is helping to combat this problem by working with NIAAA to bring science-based information to college presidents, campuses, and students across the country,” said Dr. Koob. “His unyielding dedication and infectious enthusiasm for improving the health of college students makes him a most worthy recipient of the 2015 Hughes Award.

Dr. Gibralter is a national leader in addressing the issue of high-risk drinking on the nation’s campuses through a community-based, multi-faceted approach that brings together college administrators and key constituents on and off campus.  Since 2012, Dr. Gibralter has also served as the chair of the NIAAA College Presidents’ Working Group to Address Harmful Student Drinking and he has shown tireless personal commitment to its success.

He is also a public voice for this issue - regularly urging his fellow college and university presidents to address high-risk drinking on their campuses and discussing the topic nationally with major news organizations.  Dr. Gibralter has also testified before the Maryland legislature about alcohol issues and frequently shares collaborative strategies to reduce high-risk drinking with higher education administrators and stakeholders.

In 2008, Dr. Gibralter was honored by a group of seven major higher education organizations with the first national Presidential Leadership Award.  The award honored his efforts in promoting a campus climate that de-emphasizes alcohol and his leadership in fighting high-risk drinking at colleges and universities across the country.  FSU is also member of the Maryland Collaborative to Reduce College Drinking and Related Problems, the National Collegiate Health Improvement Project, and the Dartmouth Learning Collaborative on High-Risk Drinking.  Under his leadership, reported binge-drinking rates at FSU have decreased and now fall below the national average.