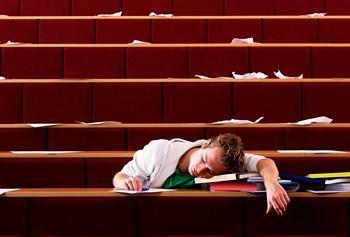 Harmful and underage college drinking are significant public health problems, and they exact an enormous toll on the lives of students on campuses across the United States.

Drinking at college has become a ritual that students often see as an integral part of their higher education experience. Some students come to college with established drinking habits, and the college environment can lead to a problem. According to a national survey, almost 53 percent of full-time college students ages 18 to 22 drank alcohol in the past month and about 33 percent engaged in binge drinking during that same time frame.1 For the purposes of this survey, binge drinking was defined as consuming 5 drinks or more on one occasion for males and 4 drinks or more for females. However, some college students drink at least twice that amount, a behavior that is often called high-intensity drinking.2

What is “Binge Drinking?”

Many college alcohol problems are related to binge drinking. NIAAA defines binge drinking as a pattern of drinking alcohol that brings blood alcohol concentration (BAC) to 0.08 percent—or 0.08 grams of alcohol per deciliter—or higher.* For a typical adult, this pattern corresponds to consuming 5 or more drinks (male), or 4 or more drinks (female), in about 2 hours.11

Drinking this way can pose serious health and safety risks, including car crashes, drunk-driving arrests, sexual assaults, and injuries. Over the long term, frequent binge drinking can damage the liver and other organs.

The most recent statistics from the National Institute on Alcohol Abuse and Alcoholism (NIAAA) estimate that about 1,519 college students ages 18 to 24 die from alcohol-related unintentional injuries, including motor vehicle crashes.3

The most recent NIAAA statistics estimate that about 696,000 students ages 18 to 24 are assaulted by another student who has been drinking.4 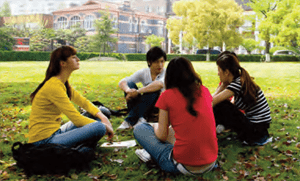 About one in four college students report experiencing academic difficulties from drinking, such as missing class or getting behind in schoolwork.8

Around 9 percent of full-time college students ages 18 to 22 meet the criteria for past-year AUD, according to a 2019 national survey.10

Other consequences include suicide attempts, health problems, injuries, unsafe sexual behavior, and driving under the influence of alcohol, as well as vandalism, damage, and involvement with the police.

How Much Is a Drink?

To avoid binge drinking and its consequences, college students (and all people who drink) are advised to track the number of drinks they consume over a given period of time. That is why it is important to know exactly what counts as a drink.

In the United States, a standard drink (or one alcoholic drink-equivalent) is one that contains 0.6 fl oz or 14 grams of pure alcohol (also known as an alcoholic drink- equivalent), which is found in the following:

Unfortunately, although the standard drink (or alcoholic drink-equivalent) amounts are helpful for following health guidelines, they may not reflect customary serving sizes. A large cup of beer, an overpoured glass of wine, or a single mixed drink could contain much more alcohol than a standard drink. In addition, the percentage of pure alcohol varies within and across beverage types (e.g., beer, wine, and distilled spirits). 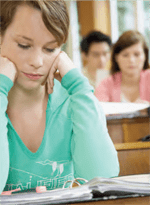 Although some students come to college already having some experience with alcohol, certain aspects of college life—such as unstructured time, widespread availability of alcohol, inconsistent enforcement of underage drinking laws, and limited interactions with parents and other adults—can lead to the problem. In fact, college students have higher binge-drinking rates and a higher incidence of driving under the influence of alcohol than their noncollege peers.

The first 6 weeks of freshman year are a vulnerable time for heavy drinking and alcohol-related consequences because of student expectations and social pressures at the start of the academic year.

Factors related to specific college environments also are significant. Students attending schools with strong Greek systems or prominent athletic programs tend to drink more than students at other types of schools. In terms of living arrangements, alcohol consumption is highest among students living in fraternities and sororities and lowest among commuting students who live with their families.

An often overlooked preventive factor involves the continuing influence of parents. Research shows that students who choose not to drink often do so because their parents discussed alcohol use and its adverse consequences with them.

Ongoing research continues to improve our understanding of how to address the persistent and costly problem of harmful and underage student drinking. Successful efforts typically involve a mix of strategies that target individual students, the student body as a whole, and the broader college community.

Individual-level interventions target students, including those in higher risk groups such as first-year students, student athletes, members of Greek organizations, and mandated students. The interventions are designed to change student knowledge, attitudes, and behaviors related to alcohol so they drink less, take fewer risks, and experience fewer harmful consequences.

Categories of individual-level interventions include the following:

Environmental-level strategies target the campus community and student body as a whole. They are designed to change the campus and community environments where student drinking occurs. Often, a major goal is to reduce the availability of alcohol, because research shows that reducing alcohol availability cuts consumption and harmful consequences on campuses as well as in the general population.

Thousands of college students are transported to the emergency room each year for alcohol overdose, which occurs when there is so much alcohol in the bloodstream that areas of the brain controlling basic life-support functions—such as breathing, heart rate, and temperature control—begin to shut down. Signs of this dangerous condition can include the following:

Alcohol overdose can lead to permanent brain damage or death, so a person showing any of these signs requires immediate medical attention. Do not wait for the person to have all the symptoms, and be aware that a person who has passed out can die. Call 911 if you suspect alcohol overdose.

A Mix of Strategies Is Best 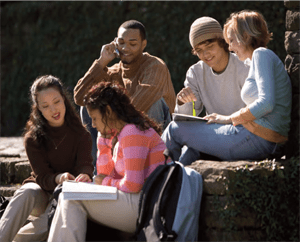 For more information on individual- and environmental-level strategies, visit NIAAA's CollegeAIM (which stands for College Alcohol Intervention Matrix) guide and interactive website. Revised and updated in 2020, CollegeAIM rates more than 60 alcohol interventions for effectiveness, cost, and other factors—and presents the information in a user-friendly and accessible way.

In general, the most effective interventions in CollegeAIM represent a range of counseling options and policies related to sales and access. After analyzing alcohol problems at their own schools, officials can use the CollegeAIM ratings to find the best combination of interventions for their students and unique circumstances.

Research suggests that creating a safer campus and reducing harmful and underage student drinking will likely come from a combination of individual- and environmental-level interventions that work together to maximize positive effects. Strong leadership from a concerned college president in combination with engaged parents, an involved campus community, and a comprehensive program of evidence-based strategies can help address harmful student drinking.

1 SAMHSA, Center for Behavioral Statistics and Quality. 2019 National Survey on Drug Use and Health. Table 6.21B—Types of Illicit Drug, Tobacco Product, and Alcohol Use in Past Month among Persons Aged 18 to 22, by College Enrollment Status and Gender: Percentages, 2018 and 2019. https://www.samhsa.gov/data/sites/default/files/reports/rpt29394/NSDUHDetailedTabs2019/NSDUHDetTabsSect6pe2019.htm#tab6-21b. Accessed January 11, 2021.

3 Methodology for arriving at estimates described in Hingson, R.; Zha, W.; and Smyth, D. Magnitude and trends in heavy episodic drinking, alcohol-impaired driving, and alcohol-related mortality and overdose hospitalizations among emerging adults of college ages 18–24 in the United States, 1998–2014. Journal of Studies on Alcohol and Drugs 78(4):540–548, 2017. PMID: 28728636

9 Presley, C.A.; and Pimentel, E.R. The introduction of the heavy and frequent drinker: A proposed classification to increase accuracy of alcohol assessments    in postsecondary educational settings. Journal of Studies on Alcohol and Drugs 67(2):324–331, 2006. PMID:16562416

10 SAMHSA, Center for Behavioral Statistics and Quality. 2019 National Survey on Drug Use and Health. Table 6.23B—Alcohol Use Disorder in Past Year among Persons Aged 18 to 22, by College Enrollment Status and Demographic Characteristics: Percentages, 2018 and 2019. https://www.samhsa.gov/data/sites/default/files/reports/rpt29394/NSDUHDetailedTabs2019/NSDUHDetTabsSect6pe2019.htm#tab6-23b. Accessed September 17, 2020.