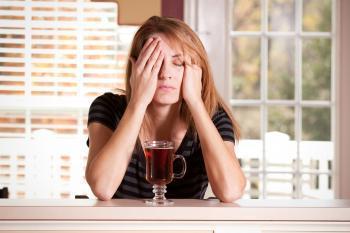 For many people, a night of drinking can lead to a painful morning after and the dreaded effects of a hangover. What does science tell us about this phenomenon? What causes the typical symptoms of a hangover? And the question perhaps as old as hangovers themselves—are there any real remedies?

What Is a Hangover?

A hangover refers to a set of symptoms that occur as a consequence of drinking too much. Typical symptoms include fatigue, weakness, thirst, headache, muscle aches, nausea, stomach pain, vertigo, sensitivity to light and sound, anxiety, irritability, sweating, and increased blood pressure. A hangover can vary from person to person.

Other Substances That Contribute to Hangover Symptoms

Alcohol is the main culprit in a hangover, but other components of alcoholic beverages might contribute to hangover symptoms or make a hangover worse.

A number of factors can contribute to hangovers:

Because individuals are so different, it is difficult to predict how many drinks will cause a hangover. Any time people drink to intoxication, there is a chance they could have a hangover the next day.

When Does a Hangover Peak and How Long Does It Last?

Hangover symptoms peak when the blood alcohol concentration in the body returns to about zero. The symptoms can last 24 hours or longer.

Are Hangovers Dangerous or Just Painful?

Hangovers can be both painful and dangerous. During a hangover, a person’s attention, decision-making, and muscle coordination can all be impaired. Also, the ability to perform important tasks, such as driving, operating machinery, or caring for others can be negatively affected.

Myth: Certain actions, such as drinking coffee or taking a shower, can prevent or cure a hangover.

Fact: The only way to completely avoid a hangover is to not drink alcohol at all or to keep alcohol intake to a minimum. There is no cure for a hangover other than time.

Myth: The order of drinks will affect a hangover—as captured in the expression, “beer before liquor, never sicker.”

Fact: In general, the more alcohol a person drinks, the worse the hangover will be. This is true regardless of whether a person drinks beer, wine, distilled spirits, or a combination of these.

Myth: Having an alcoholic drink in the morning after a night of drinking will help avoid a hangover—a practice known colloquially as “a hair of the dog that bit you.”

Fact: While this might temporarily minimize some symptoms, it could contribute to and prolong the malaise and other symptoms of the hangover.

Are There Any Remedies for a Hangover?

Although many remedies for alleviating hangovers are mentioned on the web and in social media, none have been scientifically proven to be effective. There is no magic potion for beating hangovers—and only time can help. A person must wait for the body to finish clearing the toxic byproducts of alcohol metabolism, to rehydrate, to heal irritated tissue, and to restore immune and brain activity to normal. There is no way to speed up the brain’s recovery from alcohol use—drinking coffee, taking a shower, or having an alcoholic beverage the next morning will not cure a hangover.

Some people take over-the-counter pain relievers (often acetaminophen) before going to bed to minimize hangovers. It is important to recognize that the combination of alcohol and acetaminophen can be toxic to the liver. Like alcohol, certain over-the-counter pain relievers, including aspirin and ibuprofen, can increase acid release and irritate the lining of the stomach. Proceed with caution when using these medications before or after consuming alcohol.

To help ease their hangover symptoms, some people turn to electrolyte-rich sports drinks or other products, or even intravenous (IV) treatments, in an effort to treat electrolyte imbalance caused by increased urination and fluid loss as a result of drinking. Research has not found a correlation between the extent of electrolyte disruptions and the severity of hangovers, or the impact of added electrolytes on hangover severity. In most people, the body will quickly restore electrolyte balance once the effects of alcohol subside.

Ultimately, the only surefire remedy for a hangover is to avoid getting one by drinking in moderation or choosing not to drink.