Parenting to Prevent Childhood Alcohol Use 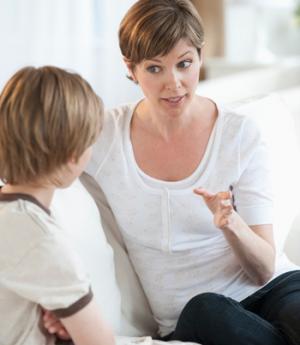 Drinking alcohol undoubtedly is a part of American culture, as are conversations between parents and children about its risks. Alcohol affects people differently at different stages of life—for children and adolescents, alcohol can interfere with normal brain development. Alcohol’s differing effects and parents’ changing role in their children’s lives as they mature and seek greater independence can make talking about alcohol a challenge. Parents may have trouble setting concrete family policies for alcohol use. And they may find it difficult to communicate with children and adolescents about alcohol-related issues.

Research shows, however, that teens and young adults do believe their parents should have a say in whether they drink alcohol. Parenting styles are important—teens raised with a combination of encouragement, warmth, and appropriate discipline are more likely to respect their parents’ boundaries. Understanding parental influence on children through conscious and unconscious efforts, as well as when and how to talk with children about alcohol, can help parents have more influence than they might think on a child’s alcohol use. Parents can play an important role in helping their children develop healthy attitudes toward drinking while minimizing its risk.

Alcohol Use by Young People

Adolescent alcohol use remains a pervasive problem. The percentage of teenagers who drink alcohol is slowly declining; however, numbers are still quite high. About 25.6 percent of adolescents report drinking by 8th grade, and about 41.7 percent report being drunk at least once by 12th grade.1 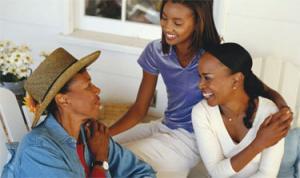 Accumulating evidence suggests that alcohol use—and in particular binge drinking—may have negative effects on adolescent development and increase the risk for alcohol dependence later in life.2,3 This underscores the need for parents to help delay or prevent the onset of drinking as long as possible. Parenting styles may influence whether their children follow their advice regarding alcohol use. Every parent is unique, but the ways in which each parent interacts with his or her children can be broadly categorized into four styles:

Regardless of the developmental outcome examined—body image, academic success, or substance misuse—children raised by authoritative parents tend to fare better than their peers.5 This is certainly true when it comes to the issue of underage drinking,6 in part because children raised by such parents learn approaches to problem solving and emotional expression that help protect against the psychological dysfunction that often precedes alcohol misuse.7 The combination of discipline and support by authoritative parents promotes healthy decision making about alcohol and other potential threats to healthy development.8

Some parents wonder whether allowing their children to drink in the home will help them develop an appropriate relationship with alcohol. According to most studies this does not appear to be the case. In a study of 6th, 7th, and 8th graders, researchers observed that students whose parents allowed them to drink at home and/or provided them with alcohol experienced the steepest escalation in drinking.9 Other studies suggest that adolescents who are allowed to drink at home drink more heavily outside of the home.10 In contrast, adolescents are less likely to drink heavily if they live in homes where parents have specific rules against drinking at a young age and also drink responsibly themselves.11 However, not all studies suggest that parental provision of alcohol to teens leads to trouble. For instance, one study showed that drinking with a parent in the proper context (such as a sip of alcohol at an important family function) can be a protective factor against alcohol misuse.12 In other contexts, parental provision of alcohol serves as a direct risk factor for alcohol misuse, as is the case when parents provide alcohol for parties attended or hosted by their adolescents. Collectively, the literature suggests that permissive attitudes toward adolescent drinking, particularly when combined with poor communication and unhealthy modeling, can lead teens into unhealthy relationships with alcohol. 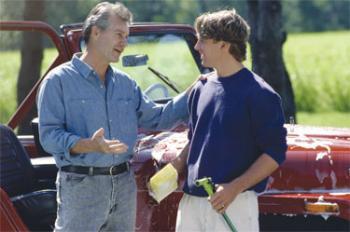 Regardless of what parents may teach their children about alcohol, some genetic factors are present from birth and cannot be changed. Genes appear to influence the development of drinking behaviors in several ways. Some people, particularly those of Asian ancestry, have a natural and unpleasant response to alcohol that helps prevent them from drinking too much. Other people have a naturally high tolerance to alcohol, meaning that to feel alcohol’s effects, they must drink more than others. Some personality traits are genetic, and those, like impulsivity, can put a person at risk for alcohol misuse. Psychiatric problems may be caused by genetic traits, and such problems can increase risk for alcohol use disorder. Finally, having a parent with a drinking problem increases a child’s risk for developing an alcohol problem of his or her own.13

Adolescents do listen to their parents when it comes to issues such as drinking and smoking, particularly if the messages are conveyed consistently and with authority.5 Research suggests that only 19 percent of teens feel that parents should have a say in the music they listen to, and 26 percent believe their parents should influence what clothing they wear. However, the majority—around 80 percent—feel that parents should have a say in whether they drink alcohol. Those who do not think that parents have authority over these issues are four times more likely than other teens to drink alcohol and three times more likely to have plans to drink if they have not already started.5

Whether teens defer to parents on the issue of drinking is statistically linked to how parents parent. Specifically, authoritative parents—those who provide a healthy and consistent balance of discipline and support—are the most likely to have teenagers who respect the boundaries they have established around drinking and other behaviors; whereas adolescents exposed to permissive, authoritarian, or neglectful parenting are less influenced by what their parents say about drinking.5

Research suggests that, regardless of parenting styles, adolescents who are aware that their parents would be upset with them if they drank are less likely to do so, highlighting the importance of communication between parents and teens as a protective measure against underage alcohol use.12

What Can Parents Do?

Parents influence whether and when adolescents begin drinking as well as how their children drink. Family policies about adolescent drinking in the home and the way parents themselves drink are important. For instance, if you choose to drink, always model responsible alcohol consumption. But what else can parents do to help minimize the likelihood that their adolescent will choose to drink and that such drinking, if it does occur, will become problematic? Studies14 have shown that it is important to:

Children and adolescents often feel competing urges to comply with and resist parental influences. During childhood, the balance usually tilts toward compliance, but during adolescence, the balance often shifts toward resistance as teens prepare for the autonomy of adulthood. With open, respectful communication and explanations of boundaries and expectations, parents can continue to influence their children’s decisions well into adolescence and beyond. This is especially important in young people’s decisions regarding whether and how to drink—decisions that can have lifelong consequences.

2 Grant, B.F., and Dawson, D.A. Age at onset of alcohol use and its association with DSM–IV alcohol abuse and dependence: Results from the National Longitudinal Alcohol Epidemiologic Survey. Journal of Substance Abuse 9:103–110, 1997.

5 Jackson, C. Perceived legitimacy of parental authority and tobacco and alcohol use during early adolescence. Journal of Adolescent Health 31(5):425–432, 2002.