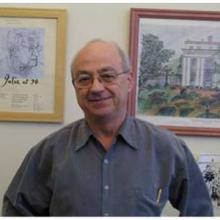 The Section on Neuroendocrinology focuses on the endocannabinoid system, which is involved in the regulation of appetite and the metabolism of lipids, and is therefore implicated in obesity, alcoholism and cardiovascular disease. The Section previously provided the first evidence that mice deficient in the cannabinoid receptor CB1 showed reduced food intake following temporary food deprivation. However, the use of rimonabant (a CB1 antagonist) for obesity was abandoned due to neuropsychiatric side effects, so the Section is currently testing other CB1 antagonists with limited brain penetration. The Section is particularly interested in AM6545. It has used mouse models of obesity to show that AM6545 does not affect behavioral responses mediated by CB1 receptors in the brain, and that the compound significantly reduced weight without reducing caloric intake. The Section is currently conducting similar experiments on JD-5037, another CB1 antagonist with limited brain penetrance. The Section is also studying fatty-acid hydrolase (FAAH), an enzyme that catalyzes the degradation of the endocannabinoid anandamide. In vivo experiments with hypertensive rats have shown that AM3506 (an FAAH inhibitor) normalizes elevated blood pressure and cardiac contractility without causing hyperglycemia or insulin resistance.

The Biology and Functions of the Endocannabinoid System

Endocannabinoids are lipid-like mediators discovered in the 1990s that bind to cannabinoid receptors to trigger effects similar to those of marijuana. Endocannabinoids and their receptors are expressed at high levels in the brain, but are also present in many peripheral tissues. The Section on Neuroendocrinology, Laboratory of Physiologic Studies, is focused on exploring the role of the endocannabinoid system in the regulation of appetitive functions, including alcohol drinking behavior, in lipid metabolism with emphasis on their role in obesity, and in cardiovascular functions. Identification of as-yet undefined cannabinoid receptors and enzymes involved in the biosynthesis of endocannabinoids are also current goals.

The role of the endocannabinoid system in obesity/metabolic syndrome

Prompted by the well known effect of marijuana to increase appetite, studies in the late 1990’s have shown that the cannabinoid CB1 receptor antagonist, rimonabant, reduced food intake in rodents. Although this suggested that endocannabinoids may tonically stimulate appetite, the inverse agonist properties of rimonabant could also explain these findings. Our laboratory produced the first definitive evidence for the orexigenic role of endocannabinoids by demonstrating that mice deficient in CB1 receptors have reduced food intake following temporary food deprivation (Di Marzo et al., Nature 2001). Additional findings indicated that endocannabinoids in the hypothalamus are downregulated by the anorexigenic hormone, leptin, and upregulated in rodents lacking leptin or a functional leptin receptor, suggesting that endocannabinoids are part of the leptin-regulated neural circuitry controlling appetite (Di Marzo et al., 2001) and may be involved in some forms of obesity. Recent electrophysiological studies by others identified lateral hypothalamic neurons containing melanin concentrating hormone as a site of leptin/endocannabinoid interaction in the brain (Jo et al., Neuron 48:1055, 2005).

CB1 deficient mice are resistant to obesity and the associated hormonal/metabolic alterations induced by a high-fat diet even though their total caloric intake does not differ from the intake of wild-type mice that do become obese on the same diet. This indicated that reduced food intake cannot account for the role of endocannabinoids in the control of body weight, which must include direct effects on peripheral metabolism. Our findings revealed that CB1 receptors and endocannabinoids are present in the liver where their activation promotes lipogenesis and inhibits lipid oxidation, thus contributing to the development of high-fat diet-induced fatty liver (Osei-Hyiaman et al., J Clin Invest 2005). To determine the contribution of hepatic CB1 receptors to the other components of the metabolic syndrome (increased adiposity, dyslipidemia, insulin and leptin resistance), we analyzed the effects of a high-fat diet in mice with selective genetic ablation of hepatic CB1 receptors (LCB1 -/- mice) in comparison with wild-type (wt) and global CB1 knockout (CB1 -/-) mice. LCB1 -/- mice fed a high-fat diet developed a similar degree of obesity as wt mice but, similar to CB1 -/ - mice, had less steatosis, hyperglycemia, dyslipidemia, and insulin and leptin resistance than wt mice fed a high-fat diet. Thus, activation of hepatic CB1 receptors by endocannabinoids contributes to diet-induced steatosis and the associated hormonal/ metabolic changes, but not to the increased adiposity (Osei-Hyiaman et al., J Clin Invest 2008).

The role of the hepatic endocannabinoid system in alcoholic fatty liver

Similar to high-fat diet-induced hepatic steatosis, chronic ethanol intake leads to fatty liver due to increased hepatic lipogenesis and decreased fat elimination. In a separate study we reported that the steatosis induced in mice by a low-fat, liquid ethanol diet is attenuated by concurrent blockade of CB1 receptors. Both CB1 -/- and LCB1 -/- mice are resistant to ethanol-induced steatosis and increases in lipogenic gene expression, and have increased CPT-1 activity, which, unlike in controls, is not reduced by ethanol feeding. Ethanol feeding increases the expression of CB1 receptors in hepatocytes and upregulates 2-AG and its biosynthetic enzyme diacylglycerol lipase-J3 in hepatic stellate cells. In control, but not in CB1 receptor-deficient hepatocytes, coculture with stellate cells from ethanol-fed mice results in upregulation of CB1 receptors and lipogenic gene expression. These findings suggest that paracrine activation of hepatic CB1 receptors by stellate cell-derived 2-AG mediates ethanol-induced steatosis by increasing lipogenesis and decreasing fatty acid oxidation (Jeong et al., Cell Metab, 2008). They also indicate a novel role of stellate cells in the control of hepatic fat metabolism and steatosis.

Ongoing studies are aimed at identifying the molecular targets of CB1 receptor activation in the liver, including AMP kinase and its upstream regulators. Furthermore, the relative role of peripheral versus central CB1 receptors is explored by examining the role of hepatic innervation and hormonal signals such as adiponectin in the effects of cannabinoids on liver fat metabolism. These studies also involve the use of mice with liver-specific knock-in on a CB1 knockout background. Additional studies are aimed at exploring the mechanism by which endocannabinoids induce and CB1 blockade reverses leptin-resistance.

Cannabinoids and their endogenous counterparts have vasodilator and cardiodepressor effects in vitro and elicit hypotension in vivo. We have therefore explored the role of endocannabinoids in regulating cardiovascular variables under physiologic and pathologic conditions. In earlier studies we have established that the hypotension associated with various forms of shock, including hemorrhagic, endotoxic and cardiogenic shock, are partly mediated by macrophage- derived endogenous anandamide acting at CB1 -like cannabinoid receptors. Advanced liver cirrhosis is characterized by generalized vasodilation and hypotension. The possible role of endocannabinoids in this condition was suggested by the elevated blood levels of bacterial endotoxin in late-stage cirrhosis. Evidence for this has been provided by the findings that a) rimonabant reverses the hypotension and mesenteric vasodilation in two models of experimental cirrhosis in rats, b) macrophages from cirrhotic rats and humans have elevated anandamide content and can elicit hypotension when injected into normal test rats, and c) CB1 receptors are upregulated in hepatic vascular endothelial cells isolated from cirrhotic vs. non-cirrhotic human livers (Batkai et al., Nature Med 2001).

Cirrhosis is also associated with cardiac contractile dysfunction, termed ‘cirrhotic cardiomyopathy’. In a more recent study we found that rats with CCL4-induced cirrhosis develop decreased cardiac contractility (Fig. 2), as documented through the use of the Millar pressure- volume microcatheter system, as well as low blood pressure and tachycardia. Bolus injection of a CB1 receptor antagonist (AM251, 3 mg/kg i.p.) acutely increases blood pressure as well as both load-dependent and load-independent variables of systolic function (Fig. 2), whereas no such effects is observed in control rats. Furthermore, there is a selective, 2.7-fold increase in the myocardial content of anandamide, but not 2-AG, in the cirrhotic myocardium, whereas in the cirrhotic liver both endocannabinoids increased, with the increase in 2-AG content (6-fold) being more robust than the increase in anandamide (3.5-fold). There is no change in CB1 expression in the cirrhotic vs normal myocardium. These findings suggest that activation of cardiac CB1 receptors by endogenous anandamide contributes to the decreased cardiac contractility in cirrhosis (Batkai et al., Am J Physiol Heart Circul Physiol, 2007), whereas elevated levels of hepatic endocannabinoids may contribute to the increased fibrogenesis, as suggested by others (Teixeira-Clerc et al., Nature Med 12:671, 2006).

Endocannabinoids and their plant-derived and synthetic analogs produce their effects via G protein-coupled cannabinoid receptors, of which two have been identified to date: CB1, expressed at very high levels in the CNS but also present at lower levels in peripheral tissues, and CB2, expressed predominantly in immune and hematopoietic cells. We have reported that the endothelium-dependent vasodilator effect of anandamide and certain atypical cannabinoids is mediated by a pertussis toxin-sensitive GPCR distinct from CB1 or CB2 (Begg et al., 2005). We have also reported that arachidonoyl-L-serine, a lipid-like substance identified in the brain, has vasodilator properties and is a likely endogenous ligand of this receptor (Milman et al., 2006).

In a recently completed study, we have analyzed the vasorelaxant effect of ARA-S in isolated vascular preparations and its effects on Ca2+-activated K+ currents in human embryonic kidney cells stably transfected with the a-subunit of the human, large conductance Ca+-activated K+ (BKCa) channel (HEK293hSlo cells). ARA-S caused relaxation of rat isolated, intact and denuded, small mesenteric arteries pre-constricted with phenylephrine, whereas it caused further contraction of vessels pre-constricted with KCl. Vasorelaxation by ARA-S was inhibited by 100 nM iberiotoxin. In HEK293hSlo cells, ARA-S and its enantiomer N-arachidonoyl-D-serine enhanced the whole cell outward K+ current with similar potency (pEC50: 5.63 and 5.32, respectively). The potentiation was not mediated by ARA-S metabolites, stimulation of known cannabinoid receptors, G proteins, protein kinases or Ca2+-dependent processes; it was lost after patch excision or following membrane cholesterol depletion, but was restored after cholesterol reconstitution. BKCa currents were also enhanced by anandamide (AEA, pEC50: 5.27) but inhibited by another endocannabinoid, virodhamine (pIC50: 6.35), or by the synthetic cannabinoid O-1918, which blocks ARA-S-induced vasodilation (pIC50: 6.59). We conclude that (i) endocannabinoid-like lipids directly modulate the activity of BKCa channels or a channel- associated component. (ii) This interaction does not involve cannabinoid receptors or cytosolic factors but is dependent on the presence of membrane cholesterol (iii) Direct BKCa channel activation likely contributes to the endothelium-independent component of ARA-S-induced mesenteric vasorelaxation. (iv) Depending on the structure of the head group, the effect on BKCa currents is either stimulatory or inhibitory. (v) O-1918 is a potent BK channel inhibitor Ca (Godlewski et al., JPET 2008).

In vivo generation of the endocannabinoid anandamide from its membrane phospholipid precursor, N-arachidonoyl phosphatidyl ethanolamine (NAPE) is thought to occur through hydrolysis catalyzed by a NAPE-specific PLD. Recent evidence indicates, however, the existence of two additional, parallel pathways. One involves the sequential deacylation of NAPE by a,J3-hydrolase 4 (Abhd4) and the subsequent cleavage of glycerophosphate to yield anandamide (Simon & Cravatt, J Biol Chem 281:26465, 2006), and the other one, recently identified in our laboratory (Liu et al., 2006), proceeds through PLC-catalyzed conversion of NAPE to phospho-anandamide, and its subsequent dephosphorylation by phosphatases, including PTPN22, to anandamide. In a recent study we found that in macrophages, the endotoxin-induced increase in anandamide synthesis proceeds uniquely through this PLC/phosphatase pathway, the other two pathways only contributing to basal tissue levels of anandamide (Liu et al., 2008). Ongoing studies are aimed at identifying additional phosphatases involved in the biosynthesis of anandamide through NAPE dephosphorylation.