Understanding the Dangers of Alcohol Overdose 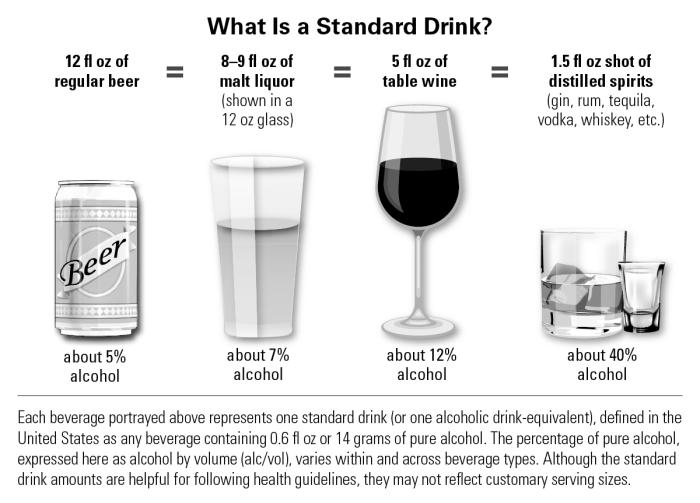 Celebrating at parties, cheering a favorite sports team, and enjoying get-togethers after work are common ways to relax or be with friends. For some people, these occasions may also include drinking—even binge or high-intensity drinking. And when that happens, the results can be deadly.

What Is an Alcohol Overdose?

An alcohol overdose occurs when there is so much alcohol in the bloodstream that areas of the brain controlling basic life-support functions—such as breathing, heart rate, and temperature control—begin to shut down. Symptoms of alcohol overdose include mental confusion, difficulty remaining conscious, vomiting, seizure, trouble breathing, slow heart rate, clammy skin, dulled responses such as no gag reflex (which prevents choking), and extremely low body temperature. Alcohol overdose can lead to permanent brain damage or death.

What tips the balance from drinking that produces impairment to drinking that puts one’s life in jeopardy varies among individuals. Age, sensitivity to alcohol (tolerance), gender, speed of drinking, medications you are taking, and amount of food eaten can all be factors.

Alcohol use and taking opioids or sedative-hypnotics, such as sleep and anti-anxiety medications, can increase your risk of an overdose. Examples of these medications include sleep aids such as zolpidem and eszopiclone, and benzodiazepines such as diazepam and alprazolam. Even drinking alcohol while taking over-the-counter antihistamines can be dangerous. Using alcohol with opioid pain relievers such as oxycodone and morphine or illicit opioids such as heroin is also a very dangerous combination. Like alcohol, these drugs suppress areas in the brain that control vital functions such as breathing. Ingesting alcohol and other drugs together intensifies their individual effects and could produce an overdose with even moderate amounts of alcohol.

Who May Be at Risk?

Anyone who consumes too much alcohol too quickly may be in danger of an alcohol overdose. This is especially true of individuals who engage in binge drinking, defined as a pattern of drinking that brings blood alcohol concentration (BAC) to 0.08 percent or higher,* typically occurring after a woman consumes 4 drinks or a man consumes 5 drinks in about 2 hours;1 as well as high-intensity drinking, defined as drinking two or more times the binge-drinking thresholds for women and men.2

Teenagers and young adults who drink may be at particular risk for alcohol overdose. Research shows that teens and college-age young adults often engage in binge drinking and high-intensity drinking. Drinking such large quantities of alcohol can overwhelm the body’s ability to break down and clear alcohol from the bloodstream. This leads to rapid increases in BAC and significantly impairs brain and other bodily functions.

As BAC Increases—So Do the Risks

As blood alcohol concentration (BAC) increases, so does the effect of alcohol—as well as the risk of harm. Even small increases in BAC can decrease motor coordination, make a person feel sick, and cloud judgment. This can increase an individual’s risk of being injured from falls or car crashes, experiencing acts of violence, and engaging in unprotected or unintended sex. When BAC reaches high levels, blackouts (gaps in memory), loss of consciousness (passing out), and death can occur.

BAC can continue to rise even when a person stops drinking or is unconscious. Alcohol in the stomach and intestine continues to enter the bloodstream and circulate throughout the body.

It is dangerous to assume that an unconscious person will be fine by sleeping it off. One potential danger of alcohol overdose is choking on one’s own vomit. Alcohol at very high levels can hinder signals in the brain that control automatic responses such as the gag reflex. With no gag reflex, a person who drinks to the point of passing out is in danger of choking on his or her vomit and dying from a lack of oxygen (i.e., asphyxiation). Even if the person survives, an alcohol overdose like this can lead to long-lasting brain damage.

Critical Signs and Symptoms of an Alcohol Overdose 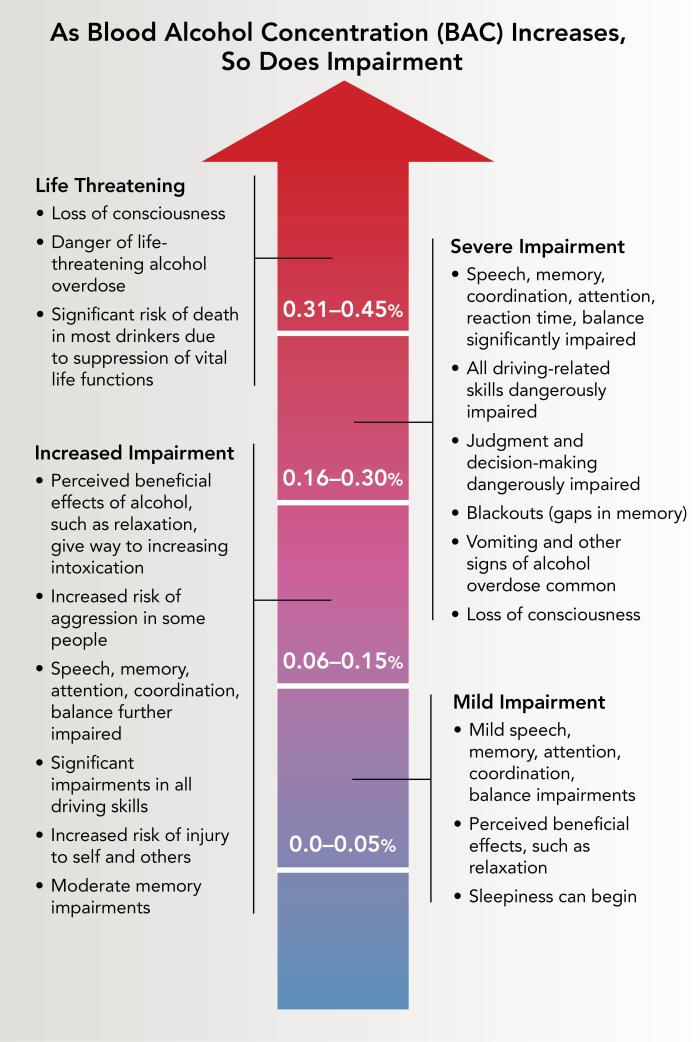 Know the danger signals and, if you suspect that someone has an alcohol overdose, call 911 for help immediately. Do not wait for the person to have all the symptoms, and be aware that a person who has passed out can die. Don’t play doctor—cold showers, hot coffee, and walking do not reverse the effects of alcohol overdose and could actually make things worse.

While waiting for medical help to arrive:

Stay alert to keep your friends and family safe. And remember—you can avoid the risk of an alcohol overdose by staying within the 2020-2025 Dietary Guidelines for Americans if you choose to drink, or by not drinking at all.