The NIH intramural research program has shifted all non-mission-critical laboratory operations to a maintenance phase in order to promote physical distancing and diminished transmission risk of COVID-19. Effective Monday, March 23, 2020, only mission-critical functions within NIH research laboratories will be supported. 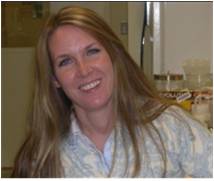 Christina Barr, V.M.D., Ph.D. is acting chief for the Section of Comparative Behavioral Genomics. Dr. Barr received her undergraduate degree in Biology from the University of Michigan, a Ph.D. in Neuroscience from the Medical College at Ohio and her veterinary degree from the University of Pennsylvania. She has received extensive training in molecular neuroendocrinology, small animal behavioral disorders, and primate behavioral genetics. Her research focuses on identification of functional genetic variants that influence reward sensitivity and stress reactivity in nonhuman primates. She is especially interested in studying functionally similar genetic variants that have arisen in multiple species. She is also interested in examining the effects of stress on epigenetic regulation and gene expression in brain and how these changes may relate to gene by environment (GxE) interactions.

Dr. Barr came to the NIAAA as a post-doctoral fellow in the Laboratory of Clinical and Translational Studies’ Primate Section in 2001, where she experimentally confirmed interactions between the rhesus macaque serotonin transporter linked promoter polymorphism (5HTTLPR) and early life adversity that had been postulated to exist in humans on the basis of correlative data. Since then, she has established environment-dependent roles for functional CRH, OPRM1, and NPY variants, postulated to occur through traits that are under natural selection. Dr Barr’s studies have been shown to have translational value for learning how genetic factors moderate addiction vulnerability and treatment response in modern humans.

Dr. Barr is considered to be an expert in the areas of primate behavior and genetics, stress biology, and GxE interactions. She has been sought to contribute numerous expert reviews and book chapters covering the genetics of stress reactivity and alcohol consumption in nonhuman primates and has published her work in high-impact factor journals, such as Archives of General Psychiatry, New England Journal of Medicine, and PNAS. In addition, she is an associate editor for Frontiers in Child and Neurodevelopmental Psychiatry and is a receiving editor for Addiction Biology.

Comparative behavioral genomics exploits conservation of structure/function relationships across species to make inferences about the etiology of diseases and other behaviors. The Section of Comparative Behavioral Genomics, located within the Laboratory of Neurogenetics, uses this scientific paradigm to investigate the origins of behaviors relevant to vulnerability to alcoholism, addictions, and related problems and with the ultimate goal of identifying pathways and points of intervention. The Section investigates the role of genetic variation both within species and across species. Gene action is dependent on environmental and developmental contexts, including stress exposures, maternal behavior and rearing patterns, and including trans-generational transmission of behavior through non-genetic and epigenetic mechanisms. The Section uses capabilities to manipulate the environment of animals to better explore gene by environment interaction, and for hypothesis testing. Epigenetic studies enable the integrated actions of gene variants and the environment to be detected as molecular signals, including alteration so f DNA methylation, histone structure, and transcription factor binding, and gene expression. At the molecular level, the Section explores the role of individual functional loci, gene networks, neurocircuits and endocrine pathways that have been specifically implicated, and also studies these phenomena using high throughput genomics technologies that can capture genetic, epigenetic and gene expression variation genome-side, and without reference to previous hypotheses.

Adaptations to unpredictable or stressful environmental conditions can occur at both the species and the individual levels. The focus of the Section of Comparative Behavioral Genomics is the examination of intra- and inter-specific variation in genomic sequence and epigenetic effects as they relate to variation in behavioral traits that are known risk factors for the alcohol use disorders. There are currently two lines of research being pursued:

Examining how genes influencing behavior differ along the primate lineage - convergent evolution and orthologous genetic variation.
In certain instances, genetic variants that are functionally similar or orthologous to those that moderate risk for human psychiatric disorders are maintained across primate species. We have identified several examples of this phenomenon in rhesus macaques and have studied them in order to model how genetic variation moderates risk for developing psychopathology. Some of these studies have suggested there to be convergent evolution or allelic variants being maintained by selection in both species. Of relevance to the NIAAA mission, these findings reinforce the potential for comparative behavioral genomics studies to demonstrate how relatively common human genetic variants, which are linked to traits that may be adaptive in certain environmental contexts, can increase vulnerability to stress-related disorders or alcohol problems. As part of a recent collaborative study with the Section of Human Neurogenetics, 500,000 new rhesus SNPs were identified using next-gen sequencing, permitting identification of rhesus variants that are putatively functionally similar to those that exist in humans. We will be continuing these studies and will be examining whether such variants are present throughout the primate lineage.

Epigenetics of Stress
Most studies examining epigenetic effects of early stress in the brain have been performed in rodents. This is quite limiting, since many of the systems critical to stress responding differ between rodents and catarrhine primates (Old World monkeys, apes and humans). We are working genome-wide examination of epigenetic effects and gene expression changes resulting from stress exposure. Stress-induced epigenetic changes may represent predictive adaptive responses that, in the face of prolonged stress exposure or as part of the normative aging process, could contribute to stress-induced pathology and allostatic load.

Carlos Driscoll, D.Phil.  After graduation from U.M.B.C. with a B.S. in Biology, Dr. Driscoll worked in the Laboratory of Genomic Diversity, NCI. While there, he completed an M.S. under Steve O’Brien. The mainstream of his work was genetic variation in three population groups of felids – lions, cheetahs and pumas- as they pertained to phylogenetic inference. Later, he pursued a D.Phil. in Zoology under David at the University of Oxford, this time describing the evolutionary relationships among Felis silvestris subspecies, including the domestic cat. These investigations resulted in taxonomic rearrangements with significant conservation applications while illuminating the origin of an important human commensal. Dr. Driscoll is now focused on detecting the causative genetics behind domestic behavior and is working to translate those findings to individual differences in temperament, reward sensitivity, and reactivity in human subjects. 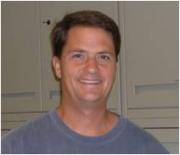 Stephen Lindell, MS has been a Biologist with NIAAA since 1993. He has extensive experience working with nonhuman primates and previously managed the studies being performed by the LCTS primate program. In 2007, he received a master’s degree in Biomedical Science with a focus on molecular biology. His graduate work involved identification and characterization of a functional NPY promoter variant that predicts individual differences in stress resilience and alcohol consumption in rhesus macaques. In addition to continuing his work in primate behavioral genetics, he will be functioning as manager for the Section of Comparative Behavioral Genomics.