Unit on Motivation and Arousal 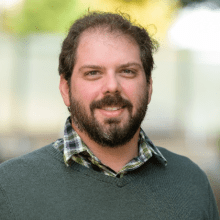 To survive all animals must meet basic needs that are guided by their physiological state. The behaviors an animal performs to satisfy these needs are called motivated behaviors. However complex a motivated behavior may be – whether simple, like following an enticing scent to a tasty treat, or complex, like a specialized courtship-mating ritual in order to reproduce – in the end all motivated behaviors can categorized in one of two ways – either to approach something positive, or withdraw from something negative. Every animal, from simple single celled organisms to the highly complex and intelligent human, must perform these two basic behaviors in order to survive – i.e. move towards life sustaining stimuli and away from life threatening stimuli. A clear, and to our group the most interesting, difference between an amoeba moving towards light and a mouse moving towards a delicious sugar pellet, is that while they are both approach-type behaviors, we recognize that the mouse is behaving in a goal directed manner, whereas the single-cell amoeba is moving towards the light in a merely reflexive manner driven directly by molecular changes associated with being showered by light from one direction. For creatures, like the mouse in the above example, capable of goal-directed approach and withdrawal behaviors, we appreciate the motivated rather than reflexive, aspects of these behaviors and describe them as seeking and avoidance. Seeking behaviors are purposeful approach-type behaviors towards a goal called a reward. In contrast, avoidance behaviors are purposeful withdrawal-type behaviors away from something negative, i.e. aversion or aversive stimulus. Being such fundamental behaviors, it is not difficult to recognize that maladaptation in these behaviors can drive debilitating psychiatric disorders. Take for example anxiety, where avoidance behavior is overactive, or substance use disorders, where seeking behavior becomes highjacked towards things that may drive negative consequences. An overarching interest in the Unit on Motivation and Arousal is to understand the neural mechanism of seeking and avoidance behavior to ameliorate these psychiatric illnesses.

Sleep disturbance is an underappreciated and understudied common feature of many, if not all, psychiatric disorders. Atypical sleep patterns and poor sleep quality are often reported by patients with substance use disorders, patients with depression and anxiety, obsessive compulsive disorders, and even schizophrenia. Additionally, many individuals suffering from these disorders report sleep disturbance as a consequence of their disorder, and vice-versa, a history of sleep problems can increase the likelihood of a person developing a psychiatric illness. It is not surprising, then, that the neural substrates involved in many psychiatric disorders are also implicated in sleep. One of the more striking examples of overlap between sleep pathology and psychiatric illness is in substance use disorder – where poor sleep quality is: (1) a common attribute of active drug use, (2) a strong symptom of drug withdrawal, and (3) a powerful predictor of relapse during abstinence. Despite the close relationship between sleep and substance abuse, there is a dearth of preclinical research focused on characterizing and understanding the neural mechanisms that govern this overlap. Another overarching aim of the Unit on Motivation and Arousal is to elucidate these mechanisms and their potential role in behavioral maladaptation during drug withdrawal.

The mission of the Unit on Motivation and Arousal (UMA) is to understand how brain systems controlling motivated behaviors and sleep/arousal processes interact to drive maladaptive behaviors. We believe understanding the neural mechanisms of this interaction can lead to novel therapeutic targets.

Some current projects include:

We believe scientific progress is driven by the sharing of ideas between individuals with a diverse mix of backgrounds, experiences, and identities. We are committed to cultivating an inclusive and collaborative work environment where members are empowered to share their different views, ideas, and experiences freely and openly. Dr. Kesner’s goal is to build a research-team experience that teaches values and tools that last a lifetime and potentiates future careers in science and beyond. We are always interested in speaking to prospective trainees, whether for volunteer positions, summer research opportunities, or postbaccalaureate positions. In UMA, we provide equal opportunities to applicants for laboratory positions regardless of race, religion, ethnicity, culture, gender identity or expression, sexual orientation, age, disability status, and socioeconomic status. Please feel free to reach out to Dr. Kesner with any interest or inquiries! 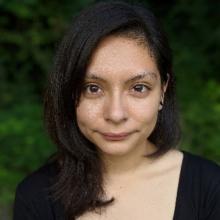 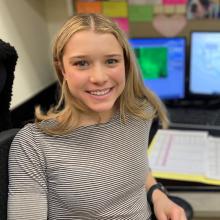