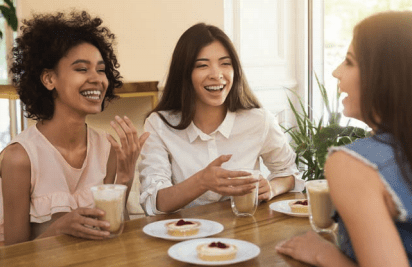 Research shows that alcohol use and misuse among women are increasing.1–2 While alcohol misuse by anyone presents serious public health concerns, women who drink have a higher risk of certain alcohol-related problems compared to men.3 It is important for women to be aware of these health risks and of the 2020–2025 Dietary Guidelines for Americans, so that they can make informed decisions about alcohol use. Adult women of legal drinking age can choose not to drink or to limit their intake to 1 drink or less in a day, when alcohol is consumed.4 This amount is not intended as an average but rather as a daily limit. Alcohol-related risks may be minimized, though not eliminated, by limiting intake. Some individuals should avoid alcohol completely, such as those who are pregnant or might be pregnant.4

Why Do Women Face Higher Risks?

Studies show that women start to have alcohol-related problems sooner and at lower drinking amounts than men and for multiple reasons.3  On average, women weigh less than men. Also, alcohol resides predominantly in body water, and pound for pound, women have less water in their bodies than men. This means that after a woman and a man of the same weight drink the same amount of alcohol, the woman’s blood alcohol concentration (BAC, the amount of alcohol in the blood) will tend to be higher, putting her at greater risk for harm. For example, research suggests that women are more likely than men to experience hangovers5 and alcohol-induced blackouts6 at comparable doses of alcohol. Other biological differences may contribute as well.

What Are the Health Risks?

Women, compared to men, have had larger increases in alcohol-related emergency department visits, hospitalizations, and deaths in the past 20 years.7

Alcohol use disorder (AUD) is characterized by an impaired ability to stop or control alcohol use despite adverse social, occupational, or health consequences. It is a spectrum disorder and can be mild, moderate, or severe, and it encompasses the conditions that some people refer to as alcohol abuse, alcohol dependence, or the colloquial term alcoholism. (To be diagnosed with AUD, a person must meet certain diagnostic criteria outlined in the Diagnostic and Statistical Manual of Mental Disorders, 5th edition. (See https://www.niaaa.nih.gov/sites/default/files/DSMfact.pdf). AUD can cause lasting changes in the brain that make patients vulnerable to relapse. Women are less likely than men to receive treatment for AUD.8

Long-term alcohol misuse is a leading cause of heart disease. Women are more susceptible to alcohol-related heart disease than men, even though they may consume less alcohol over their lifetime than men.3

Research suggests that alcohol misuse produces brain damage more quickly in women than in men.10 In addition, a growing body of evidence shows that alcohol can disrupt normal brain development during the adolescent years, and there may be differences in the impact of alcohol on the brains of teenagers who drink.11 For example, in one study, teen girls who reported binge drinking, but not teen boys who reported binge drinking, showed less brain activity and worse performance on a memory test than peers who drank lightly or abstained.12 Similarly, teenage girls who drank heavily showed a greater reduction in the size of important brain areas involved in memory and decision-making than teenage boys who engaged in heavy drinking.13 Women also may be more susceptible than men to alcohol-related blackouts, which are gaps in a person’s memory for events that occurred while they were intoxicated. These gaps happen when a person drinks enough alcohol to temporarily block the transfer of memories from short-term to long-term storage—known as memory consolidation—in a brain area called the hippocampus.6

There is no known safe amount of alcohol consumption for women who are pregnant or might become pregnant. Prenatal alcohol exposure can cause children to experience physical, cognitive, and behavioral problems, any of which can be components of fetal alcohol spectrum disorders (FASD). Drinking during pregnancy can also increase the risk for preterm labor.

Some Women Should Avoid Alcohol Entirely

According to the 2020–2025 Dietary Guidelines for Americans, it is safest to avoid alcohol altogether if you:

In addition, certain individuals should avoid alcohol completely, particularly those who experience facial flushing and dizziness when drinking alcohol. Also in this category are older adults, anyone planning to drive a vehicle or operate machinery, and individuals who participate in activities that require skill, coordination, and alertness.

To see whether your pattern of alcohol use puts you at risk for AUD, please visit Rethinking Drinking at: https://www.rethinkingdrinking.niaaa.nih.gov

3. Erol, A.; and Karpyak, V. Sex and gender-related differences in alcohol use and its consequences: Contemporary knowledge and future research considerations. Drug and Alcohol Dependence 156:1–13, 2015. PMID: 26371405